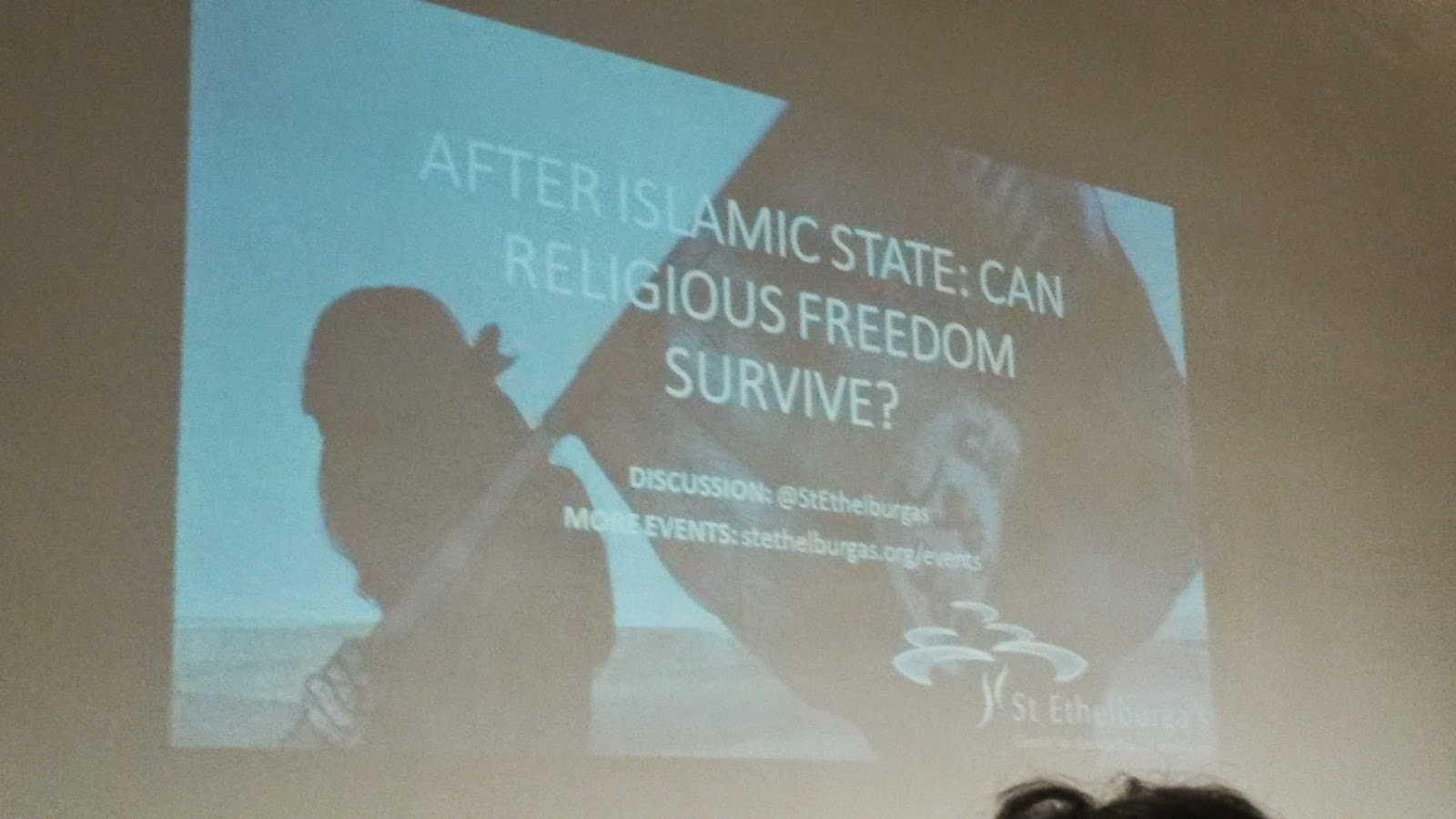 Yes, seemed to be the answer at this seminar at St. Ethelburga's Centre for Reconciliation and Peace which I attended last evening. The two speakers; Professor David Ford, Regius Professor of Divinity at the University of Cambridge and Dr Zaza Elsheikh, offered different perspectives. Dr Elsheikh was  a last minute replacement for Dr Usama Hasan of the Quilliam Foundation.

Professor Ford spoke about the need for pluralism with many voices, each drawing upon the integrity of their own tradition. He highlighted the work of Cambridge Muslim College and the role of Jordan in promoting interfaith understanding and rejection of religious justifications for violence eg the Amman Message of 2004, a http://www.acommonword.com/ and the Global Covenant of Peace. Islamic State needed to be tackled internally by Muslims as in the Open Letter to their leader from 126 senior scholars challenging their teachings and practices.

Dr Elsheikh focused more on Koran statements such as the Medina Charter with the challenge to Muslims; are you protecting Christians? Violence is not the response to insult. Pluralism is allowed. Walking towards the other is to be encouraged to build relationships across boundaries.

I was called upon to ask the second question and managed to highlight that I was a Board member of the Europe and Middle East Region of the International Association for Religious Freedom and that religious freedom was under threat in the midst of complex geo-political tensions in the Middle East; with religious and political divides.

I do not feel that the seminar really got to grips with the questions posed in the title. Perhaps this was in part due to the absence of Dr Hasan as Quilliam? Dr Elsheikh was able to talk about the attraction to young Muslims and her work against the grooming of young women. Prof Ford talked hopefully about developments in Libya which seemed surprising in light of recent chaotic events and the rise of an Islamic State offshoot.

Like many I probably left with a sense that I would have liked to have learnt more about Islamic State and where it draws its ideology from within its self-proclaimed Islamic context. The conversations at the break were useful and some attempt was made to encourage inter-action between attendees.

Posted by Derek McAuley at 15:32 No comments: